Limited Commitment in the Political Industry

An important theme in political economy is the existence of an asymmetrical relationship between those with and those without de facto political power, meaning here the extent to which one group can influence collective action problems, usually by having superior military technologies at their disposal.

The usual way people legitimize this asymmetry is by claiming that, on average, it is better for non-elites to coordinate and delegate the monopoly of force to elites, compared to a situation of no delegation and military competition. However, it is known that this implies an inherent commitment problem, if one thinks of this delegation a some sort of “social contract”. Although there is some consensus that including some mechanisms like the right to vote or protest help induce better policies, elites have de facto discretion over changing these mechanisms ex-post.

Are we then doomed to delegate the use of force and hope that the “social contract” implements some sort of mechanisms that induce at least some partial commitment? While it might be impossible to improve upon this in an autarkic world, we can instead think of any society as embedded into a political industry, where many societies interact and each has a different “social contract”. As with any industry, the extent to which managerial decisions tend to be aligned with customer preferences depend on the capacity to switch over providers unilaterally.

In the political industry, customers can try to switch providers by either moving to another territory or by trying to secede from the governing elite and create a new political unit. However, there are both technological and artificial costs for attempting these. Technological moving costs are associated with transportation costs, psychological costs, and uncertainty from moving outcomes. In contrast, artificial moving costs are associated with immigration policies. As for secession, technological costs can be summarized as a collective action problem about the execution of secession itself and the posterior structure of the new jurisdiction, and artificial costs are the rules embedded in the existing political system that add frictions and costs on secession. Therefore, artificial switching costs for moving and seceding are associated with how the “social contract” interacts with the political industry.

While artificial costs are chosen by elites and therefore face the same commitment issues as any other mechanism in a “social contract”, technological costs don’t have this problem. Therefore, a potential solution to this dilemma would be to have a political industry where force is delegated, but technological moving and seceding costs are sufficiently low such that they greatly overcome any implementable artificial costs by elites. 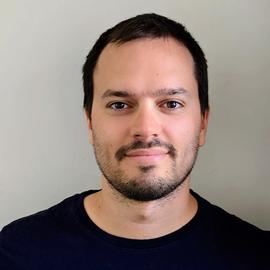